Our golden emu oil capsules are a natural anti-inflammatory that contains raw omega fatty acids (omega 9,3 and 6). Our emus are fed a natural diet and no antibiotics or hormones are used. Many books have been written on the omegas and more and more are being discovered as time goes on. The natural anti-inflammatory properties within give systematic relief of arthritic pain.

The oil was used by the Australian Aborigine to treat muscle and joint pain.

Today, thousands of our customers are reaping the benefits of this long forgotten natural medicine.

The capsules contain the omega 9, 3, and 6 combinations including the ten essential fatty acids essential for better health and general wellness.

Although it is still typically used to help alleviate arthritic pain, information suggests that by taking our capsules many beneficial outcomes are revealed.

Our golden emu oil that is contained in our Emu Heaven Golden Emu Oil Capsules is a natural anti-inflammatory that contains raw omega fatty acids (omega 9,3 and 6). Our emus are fed a natural diet and no antibiotics or hormones are used.

Many books have been written on the omegas and more and more are being discovered as time goes on. The natural anti-inflammatory properties within give systematic relief of arthritic pain.

Our capsules may show to be the forgotten traditional medicine of the twenty first century.

Our capsules come in a soft gelatin base.  It contains a balance of fatty acids including omega 9,6 and 3 a balance of acids like no other essential for good health and wellness.

Our capsules are a natural anti-inflammatory and aids the temporary relief of arthritic joint pain. They may help reduce inflammation associated with arthritis and for the benefit of muscular aches and pains.

We sell our incredible Emu oil capsules in a large jar of 500 capsules of 1000mg – Witness for yourself what the anti-inflammatory properties may be able to do for you. The properties within “the age old remedy” means our emu oil provides symptomatic relief form arthritis and rheumatism.

We pride ourselves in supplying the very best Emu Oil Capsules we possibly can.

Research has been done on emu oil for rubbing on and for the internal usage, the research that impressed us was from Doctor Michael Whitehouse Inflammopharmacology Report 2003 shows with careful processing, genetics and naturally feeding our emus we are able to achieve the highest quality possible.

Stephen Schmidt owner of our farm declares that once a customer gets to the bottom of the jar of the 500 capsules they are certainly looking forward to the next jar.

They then tell their family, friends and neighbors of the great benefits they enjoyed simply by taking those golden Emu oil capsules. Steve, Sarah and staff revel by the many phone calls, letters, email and faxes of satisfied customers.

That’s 25% more than most other brands. Why not get value for what you pay when you buy emu oil?

We believe you will find our Capsules are the best value around.

JYE SMITH WHEN 9 YEAR OLD USED OUR FABULOUS CAPSULES FOR MANY YEARS .  WHEN HIS CASE DREW OUR ATTENTION HIS PARENTS HAD NOT HAD A DECENT NIGHTS SLEEP FOR A LONG TIME AND WERE TERRIBLY DISTRESSED THEN WITHIN A FEW SHORT WEEKS THEY HAD THEIR FIRST GOOD NIGHTS SLEEP IN YEARS.

Jye has been under the care of the Mater Children’s hospital since birth, he was born with en-cephalic/ara chnoid cysts. Over the years these have required multiple shunt revisions such that Jye now has bilateral shunts.He also has a residual left sided hemiparesis. 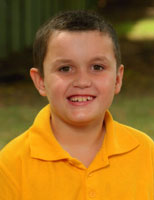 He has developmental delay and has seizures activity which has been controlled since he was four with Kepra and Sodium Volproate.

Since being on our Capsules, Jye has had great colour in his skin and no black circles under his eyes, his seizures have always been hard to control even on medication but since being on the Emu oil products they have improved from 3 times a week to once a month.

We have witnessed  Jye’s quality of life to improved greatly. the Emu oil cpsules  have helped Jye’s immune system stay strong with no visits to the hospital which was common during winter months. Also, his behavior has improved greatly. Thank you to the Team from Jolene Jye’s mum.

PS. Jye had convulsions movements of the left arm and have completely stopped in the last 8 months.

Your cart is empty.